It brings joy to my heart that my daughter is a reader! She will seriously sit by her bookshelf for half an hour quietly turning the pages in books—letting out “roars” as she sees lions and “booms” for lightning.

Every morning, I let her pick out books to read on my lap until she’s had her fill. These three books or series are some of her self-chosen favorites (and some of mine, too!). I secretly get excited when she chooses one of these instead of Hop on Pop to read for the millionth time.

Who Sang the First Song?

Written by Ellie Holcomb and illustrated by Kayla Harren

Ellie Holcomb has long been one of my favorite music artists, so I was thrilled when she announced that she would be writing a children’s book and releasing a children’s album, “Sing: Creation Songs”! The book is an illustrated version of the first song on the record, “Sing!” Who Sang the First Song? asks the question of who gave all creation its song. In the end, God our maker is praised for being the one who wrote his song into all creation and in every one of us. This book is fun to read, beautifully illustrated, and includes a good roar and boom for my noise-making toddler. More importantly, it’s a delightful story that points us back to our ultimate purpose—to sing to our Creator.

Written by Kevin DeYoung and illustrated by Don Clark

When our preschool director came to visit our daughter after she was born, she gave us this book as a gift. The Biggest Story ABC (which is the board book version of DeYoung and Clark’s longer children’s book, The Biggest Story) tells the entire redemption story of Scripture, staring with God’s creation of Adam and Eve in the garden in Genesis and ending with the hope of eternity with God in Zion in Revelation. This book is easy to read and even easier to remember (I have the whole thing memorized from all the times I’ve read it!). It’s a great way to start teaching your little one the greater story of the Bible—that God is redeeming us all to spend eternity with him!

Written by Danielle Hitchen and illustrated by Jessica Blanchard

This is my favorite book series to gift at toddler birthday parties! This series of five books (and a sixth coming out in January 2020) that teach basic concepts such as numbers, opposites, and emotions while at the same time building the foundation for the vocabulary of basic theology. While a toddler may not be able to completely grasp that there is 1 God, 2 natures of Jesus, and 3 persons of the Trinity, these books provide a starting point for teaching your kids these important truths. The five books in the series are First Bible Basics: A Counting Primer, Psalms of Praise: A Movement Primer (my favorite!), Let There Be Light: An Opposites Primer, From Eden to Bethlehem: An Animals Primer, and Holy Week: An Emotions Primer.

I can’t wait for the day I can break out some of my favorite children’s books without worrying my daughter will rip every page, but, for now, we’ll keep cycling through our favorite board books, learning about the truth of God found in the Bible. 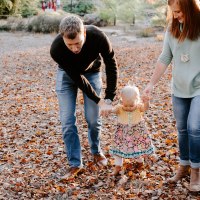 This blog is the overflow of letting the Word of Christ dwell in my everyday moments.

As Paul wrote to the Colossians, “Let the word of Christ dwell in you richly, teaching and admonishing one another in all wisdom, singing psalms and hymns and spiritual songs, with thankfulness in your hearts to God.” (3:16)